#MADLED is born - LEDDREAM Group, together with the Think agency, revolutionizes #Barcelona with digital canvases and anamorphic 3D content, and later you can see it in other Spanish cities such as #Madrid.

LEDDREAM Group together with the think agency, revolutionize Barcelona - and later other Spanish cities such as Madrid - with the design and installation of spectacular digital canvases in its streets that will create a social, creative and cultural space where pedestrians will experience and viralize content in 3D. Advertising from the most pioneering companies will be broadcast on these screens, but it is also the perfect space to display a selection of works by the main museums and artists, and even institutional content of general interest.

But it is not the first time that this agency manages to make people talk. The Think agency has already stood out thanks to projects such as Spain Passion, the first tourist guide in serial format with enormous projection in China and Southeast Asia, as well as the initiative ¡Go, Spain!, which valued culture and creativity during the Covid 19 pandemic with the participation of more than 60 personalities from different fields.

For its part, LEDDREAM Group is an audiovisual engineering company with more than 15 years of experience in projects in Europe, America, and Africa and specializes in providing technological solutions based on LED technology, digital content creation, and dynamic lighting. As a technological partner, they provide the most innovative solutions on the market, with the aim of bringing spaces to life and creating new interactive and digital experiences.

For the design of this immersive experience, in addition to the installation, and the hardware elements, LEDDREAM Group through Channel4You, a company specialized in the creation and management of the group's content, has designed different pieces of ad hoc content, from an artistic perspective, contributing at all times emotion to the visitor, and promotional content. Within the proposal, the design and creation of 3D content of the new Xiaomi 12TPro model stands out, where an unboxing is creatively and spectacularly recreated in which the elements move towards the viewer. Content that surprises visitors and causes a stir on social networks!

Thus, by uniting these professional areas, Madled is born.

In the words of Angel Tapia and Carlos Delgado, this type of digital intervention “does not leave anyone indifferent. Given the constant saturation of content and stimuli that are received daily on the street, Madled is a way of surprising pedestrians and connecting with them”.

These types of initiatives are currently being carried out in an incredible way in cities such as New York, London, Shanghai, Seoul, etc.

Thanks to the collaboration with the company Exterior Plus, from October 14 to November 15, the first led structure of this project is located in the city of Barcelona, ​​specifically, in the Plaza del Mediterráneo del Centro Commercial Diagonal Mar. In fact, it is being used to present, in an unconventional way, the launch of the Xiaomi 12T Pro.

Madrid will follow the witness, throughout the month of December, and its promoters promise that it will speak for its spectacular design, exclusive content, and its integration into one of the areas with the highest influx of pedestrians during the upcoming Christmas holidays.

In the midst of a debate on energy saving in cities and more specifically during the Christmas holidays, those responsible for Think and LEDDREAM Group, affirm that the LED technology used works with "energy efficiency and effectiveness", with minimal energy consumption. and adapted to the lighting conditions of the moment.

More and more brands are joining this type of disruptive advertising in the world.

Xiaomi has been the first brand that opted for Madled to present in Barcelona, in an unconventional way, the launch of its new 12T Pro terminal.

But public organizations such as Ourensano for Economic Development have also joined in to amplify the "Ourense Take Speed" campaign, showing that Madrid and Ourense have connected in 2 hours and 15 minutes thanks to high speed, being able to enjoy different tourist experiences in the province.

Lastly, #Madled will contribute in the coming months to promoting the image of Spain at an international level, as a cultural and quality tourist destination, in countries such as the United States, Mexico, and Venezuela, as well as in China, when the trips begin. of Chinese tourists expected for next year. 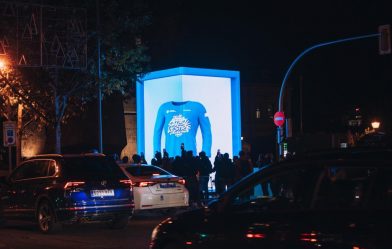 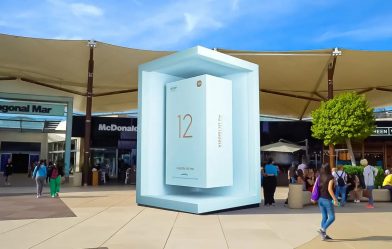 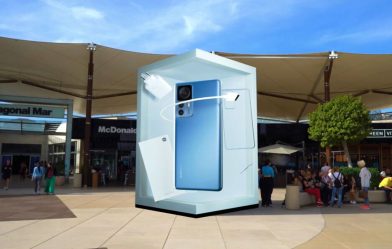