LED DREAM We open the doors of our new showroom

LED DREAM We open the doors of our new showroom


Last Tuesday, June 19 at 10:00 am, the inauguration of the new Led Dream showroom took place. The event brought together a large number of its partners, who previously received a personalized invitation made up of a board simulating part of the showroom hall.


The new space seeks the integration of the technologies most used by the company, with other digital, decorative, and sensory resources. The waterfall formed by a vertical garden and P4.81 led panels is noteworthy in the welcome lounge, which invites visitors to enter a natural space surrounded by immersive technology.


In a relaxed atmosphere, with music, a gala breakfast and the magnificent waterfall in the background, Josep Querol, CEO of the company, began the event with an emotional speech in which he reviewed the origins of the company. The speech was full of numerous anecdotes that occurred in the past 10 years of the company's existence.


The Marketing Director, Carlos Gordillo, and the Sales Manager, Alfons Torres, opened the Black Box with a speech about the brand, the potential market, and the immediate future of the sector. Inside the Black Box, the guests had the possibility to enjoy the spectacular fine pitch screens, a showcase divided into 3 areas and the skyline that reflects the living history of Led Dream, with a fair share of the products that in these 10 years have starred in many emblematic projects, among which you can see in detail the particularities of indoor and outdoor screens, professional monitors, LED curtains, flexible screens, etc. The explanation of each of the solutions was provided by Carlos Delgado, COO of the company, who gave some important clues and technical arguments when evaluating quality products. LED DREAM has received rave reviews, both for the work done so far, and for its new showroom. Overall, thanks to the technology used and the know-how they have reflected in the showroom, it is one of the best showrooms in the territory. 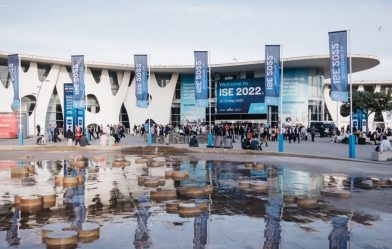 ISE Barcelona 2022 closes with more than 43,700 visitors, 70% of those who attended the Mobile  The expectations generated by 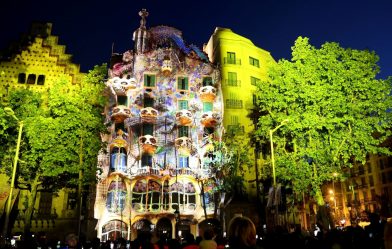 ISE will also present an immersive art experience that it has prepared in collaboration with the company Exhibition Hub. Together 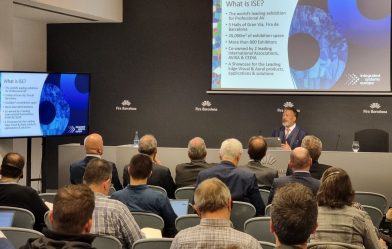 The world’s leading audio visual and systems integration exhibition arrives in Barcelona on 10-13 May 2022. Speaking at a press